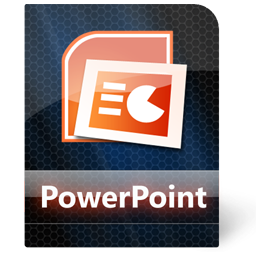 ABC A poem that has five lines that create a mood, picture, or feeling. Lines 1 through 4 are made up of words, phrases or clauses while the first word of each line is in alphabetical order. Line 5 is one sentence long and begins with any letter.

Acrostic Poetry that certain letters, usually the first in each line form a word or message when read in a sequence.

Ballad A poem that tells a story similar to a folk tail or legend which often has a repeated refrain.

Bio A poem written about one self's life, personality traits, and ambitions.

Carpe diem Latin expression that means 'seize the day.' Carpe diem poems have a theme of living for today.

Cinquain Poetry with five lines. Line 1 has one word (the title). Line 2 has two words that describe the title. Line 3 has three words that tell the action. Line 4 has four words that express the feeling, and line 5 has one word which recalls the title.

Classicism Poetry which holds the principles and ideals of beauty that are characteristic of Greek and Roman art, architecture, and literature. Concrete Also known as "size poetry".

Concrete poetry uses typographical arrangements to display an element of the poem. This can either be through re-arrangement of letters of a word or by arranging the words as a shape.

Couplet A couplet has rhyming stanzas made up of two lines. Dramatic monologue A type of poem which is spoken to a listener. The speaker addresses a specific topic while the listener unwittingly reveals details about him/herself.

Elegy A sad and thoughtful poem about the death of an individual. Epic An extensive, serious poem that tells the story about a heroic figure.

Epigram A very short, ironic and witty poem usually written as a brief couplet or quatrain. The term is derived from the Greek epigramma meaning inscription.

Epitaph A commemorative inscription on a tomb or mortuary monument written to praise the deceased.

Epithalamium (Epithalamion) A poem written in honor of the bride and groom.

Free verse (vers libre) Poetry written in either rhyme or unrhymed lines that have no set fixed metrical pattern.

Found Poetry created by taking words, phrases, and passages from other sources and reframing by adding spaces, lines, or by altering the text with additions or subtractions.

Ghazal A short lyrical poem that arose in Urdu. It is between 5 and 15 couplets long. Each couplet contains its own poetic thought but is linked in rhyme that is established in the first couplet and continued in the second line of each pair. The lines of each couplet are equal in length. Themes are usually connected to love and romance. The closing signature often includes the poet's name or allusion to it.

Horatian ode Short lyric poem written in two or four-line stanzas, each with its the same metrical pattern, often addressed to a friend and deal with friendship, love and the practice of poetry. It is named after its creator, Horace.

Idyll (Idyl) Poetry that either depicts a peaceful, idealized country scene or a long poem telling a story about heroes of a bye gone age.

Irregular (Pseudo-Pindaric or Cowleyan) ode Neither the three part form of the pindaric ode nor the two or four-line stanza of the Horatian ode. It is characterized by irregularity of verse and structure and lack of coorespondence between the parts.

Italian sonnet A sonnet consisting of an octave with the rhyme pattern abbaabba followed by six lines with a rhyme pattern of cdecde or cdcdcd. Lay A long narrative poem, especially one that was sung by medieval minstrels.

List A poem that is made up of a list of items or events. It can be any length and rhymed or unrhymed. Lyric A poem that expresses the thoughts and feelings of the poet.

Memoriam stanza A quatrain in iambic tetrameter with a rhyme scheme of abba -- named after the pattern used by Lord Tennyson.

Name Poetry that tells about the word. It uses the letters of the word for the first letter of each line.

Narrative A poem that tells a story.

Ode A lengthy lyric poem typically of a serious or meditative nature and having an elevated style and formal stanza structure.

Pastoral A poem that depicts rural life in a peaceful, romanticized way.

Pindaric ode A ceremonious poem consisting of a strophe (two or more lines repeated as a unit) followed by a an antistrophe with the same metrical pattern and concluding with a summary line (an epode) in a different meter. Named after Pindar, a Greek professional lyrist of the 5th century B.C.

Quatrain A stanza or poem consisting of four lines. Lines 2 and 4 must rhyme while having a similar number of syllables.

Rhyme A rhyming poem has the repetition of the same or similar sounds of two or more words, often at the end of the line.

Rhyme royal A type of poetry consisting of stanzas having seven lines in iambic pentameter.

Romanticism A poem about nature and love while having emphasis on the personal experience.

Rondeau A lyrical poem of French origin having 10 or 13 lines with two rhymes and with the opening phrase repeated twice as the refrain.

Senryu A short Japanese style poem, similar to haiku in structure that treats human beings rather than nature: Often in a humorous or satiric way.

Sestina A poem consisting of six six-line stanzas and a three-line envoy. The end words of the first stanza are repeated in varied order as end words in the other stanzas and also recur in the envoy.

Shape Poetry written in the shape or form of an object. This is a type of concrete poetry.

Sonnet A lyric poem that consists of 14 lines which usually have one or more conventional rhyme schemes.

Sound Intended primarily for performance, sound poetry is sometimes referred to as "verse without words". This form is seen as the bridging between literary and musical composition in which the phonetics of human speech are used to create a poem.

Tanka A Japanese poem of five lines, the first and third composed of five syllables and the other seven. Terza Rima A type of poetry consisting of 10 or 11 syllable lines arranged in three-line tercets.

Villanelle A 19-line poem consisting of five tercets and a final quatrain on two rhymes. The first and third lines of the first tercet repeat alternately as a refrain closing the succeeding stanzas and joined as the final couplet of the quatrain.

Visual The visual arrangement of text, images, and symbols to help convey the meaning of the work. Visual poetry is sometimes referred to as a type of concrete poetry.